X-2 tries to make Duck Dodgers a successful quarterback to prove to Tyr’ahnee that he was right about something. 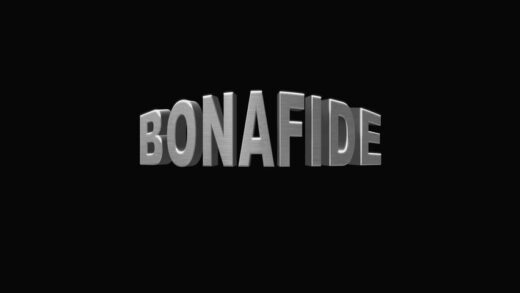 Dodgers is the subject of a reality television show called “Bonafide Heroes,” which is documenting his life as a captain, and Dodgers decides to fake the capture of the criminal Camoman for the cameras. Meanwhile, the camera crew interviews various enemies and friends about Dodgers in-between. The Trial of Duck Dodgers

Duck Dodgers is put on trial for misconduct. K-9 gets involved in a series of trouble with a pair of four-armed gophers while X-2 plays golf. A hive-mind alien race known as the Fudd (a parody of both The Flood from the Halo series and The Borg of Star Trek) transforms nearly every human and Martian on their respective planets–and even space–in a plot to destroy the Sun. When Dodgers, Cadet, and X-2 are the only sentient beings left unchanged, they […] Of Course You Know This Means War and Peace Part 2

Determining to set things right, Dodgers rescues X-2 from Z-9’s forces and breaks Star Johnson and Cadet out of prison to help them rescue the Queen and stop Z-9 in his tracks, despite Cadet’s cold attitude toward Dodgers after what he did to him. They manage to deliver the shutdown codes away from Z-9 and […] Dodgers gets kidnapped by a group of alien girls who are really planning to eat him. Till Doom Do Us Part

Roboto returns for revenge as he assembles all of Dodgers’ enemies together. Meanwhile, X-2 and the Queen prepare for a wedding. To Love a Duck

Tyr’ahnee tries to marry Dodgers, but he doesn’t like the attention or the idea. Dodgers, Cadet, and Rikki Roundhouse must free a planet from a rogue Maninsuit. Dodgers eats a poison blowfish and is sucked into a Samurai Jack-inspired dream world. Of Course You Know This Means War and Peace Part 1

Dodgers accidentally causes an incident during a peace treaty between Earth and Mars and gets Cadet to take the fall. While in prison, the Cadet is angry at Dodgers and terminates their friendship. Meanwhile, one of the Martian Generals, Z-9, takes the opportunity to plot a military coup on Mars by betraying Queen Tyran’hee and […] The Martians steal Dodgers’ brain and replace it in order to learn his secrets, but the replacement accidentally makes Dodgers smarter than he used to be.

The President of Space locks himself in his closet, and the codes to open it must be retrieved from deep inside Dodgers’ brain. The Spy Who Didn’t Love Me

Dodgers has to escort a spy he’s infatuated with to a planet invaded by the martians. Dodgers quits his job at the Protectorate following a four-way battle to work in a restaurant, but no matter how hard he tries, he keeps being reminded of his former occupation. Duck Dodgers accidentally gets his hands on a Green Lantern ring and suit.

Duck Dodgers goes to Hollywood planet so a film about him could be made, but doesn’t realize what’s really going on. The Wrath of Canasta

A bounty hunter tries to turn Dodgers in to the martians while disguising himself to fit in with the Vacationworld androids. The Queen Is Wild

Tyr’ahnee tries to cast revenge to Dodgers by kidnapping Cadet. Criminal Drake Darkstar switches places with Dodgers, with whom he bears an uncanny resemblance. I.Q. Hi tags along on a mission and Dodgers plots with the Martians to make him return to Earth. Too Close for Combat

The Martians hire Hubie and Bert, who trick Dodgers and Cadet into thinking the other is out to kill them. The Kids Are All Wrong

Dodgers and Cadet must go undercover at a high school to find a device that turns teenagers into “emotionally unstable lunatics. Dodgers gets a robot assistant (a parody of The Iron Giant). Dodgers is confronted by a large bully named Crusher who challenges him to a surfing contest. Cadet must escort a baby to a peace treaty meeting while Dodgers distracts the treaty signers. I’m Going to Get You Fat Sucka

A fat-sucking vampire has his eye on the chubby Cadet, and hypnotizes Dodgers into an Igor-like slave to help capture the portly pig. Just the Two of Us

The Cadet and Martian centurions take a vacation, while Dodgers and X-2 are stranded on a deserted island. Dodgers and Cadet try to earn money by setting up a loveboat, but things soon go awry. Cadet tells his niece and nephews a story about his past.