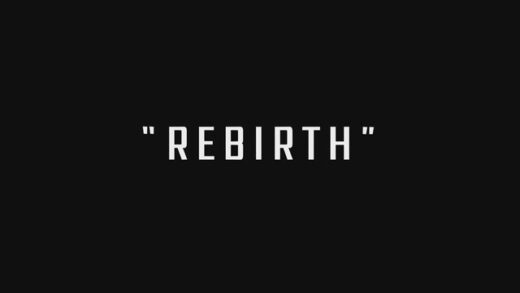 In 2019, Bruce Wayne, the original Batman, retires due to failing health when his rescue of a kidnapped woman nearly goes wrong and he must resort to almost using a gun—the ultimate sin in his eyes. Twenty years later in 2039, Terrence “Terry” McGinnis discovers Batman’s identity after the aging Bruce Wayne helps him fight […] 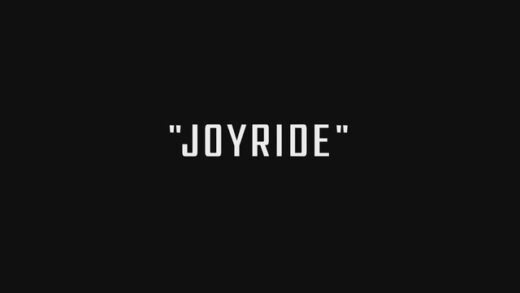 A group of Jokerz steals a prototype military vehicle and goes on a rampage of destruction, while Batman and the vehicle’s designer try to recover the machine before its malfunctioning reactor goes critical and causes a nuclear explosion that would destroy the city. 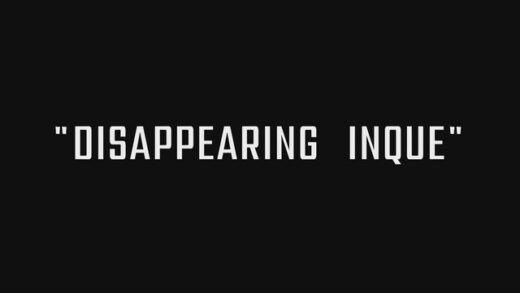 nque is freed by a lovesick worker at the cryogenics plant where she is being held. Trapped in her mutated form, she seeks to attain the chemicals that will allow her to once again regain her human shape, and get revenge on Batman and the “mysterious old man” who aids him. 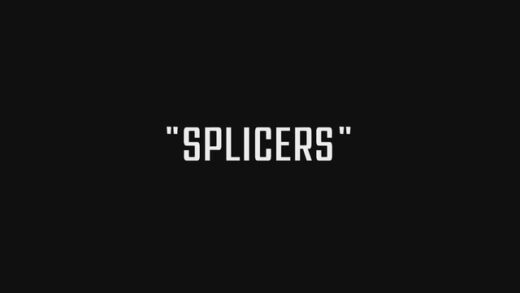 A new body modification trend called splicing, combining human DNA with that of animals, is taking Neo-Gotham’s fashion world by storm. While the DA wishes to have it completely outlawed, as it is causing a rise in aggressive behavior, Dr. Abel Cuvier, the creator of the process, insists that the procedure is safe. However, Batman […] 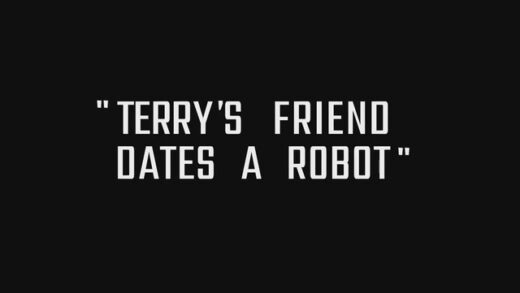 Howard Groote, a hopeless nerd, purchases an illegal android in the form of a beautiful girl to pose as his girlfriend. His plan soon backfires when “Cynthia”, programmed to be completely devoted to Howard, becomes dangerously possessive. 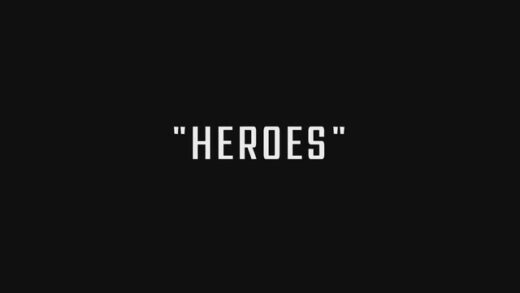 The Terrific Trio, a group of scientists who became superheroes after gaining powers in an experiment gone awry, make their way into Gotham and become media sensations. But Magma, Freon, and the 2-D Man soon learn that the accident that gave them their powers was not really an accident. 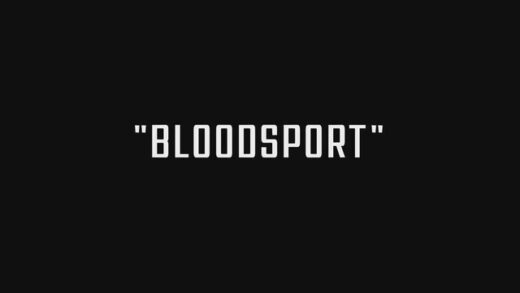 The Stalker, a cybernetically enhanced big-game hunter, comes to Neo-Gotham seeking what he believes is the only prey left on Earth worthy of his skills: Batman. 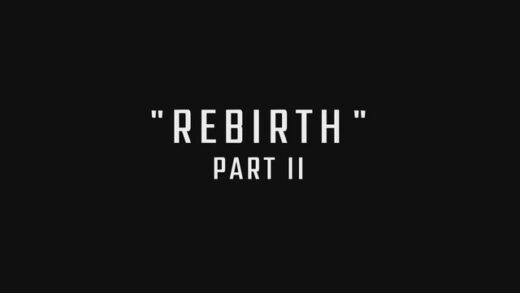 Terry steals the Batsuit to pursue his father’s killer, a professional bodyguard named Mr. Fixx (George Takei), whose employer, Derek Powers (Sherman Howard), the current CEO of Wayne-Powers, is secretly using the company’s resources to develop a biological weapon. Bruce Wayne, discovering the theft, deactivates the suit, but when seeing the now-helpless Terry being punched […] 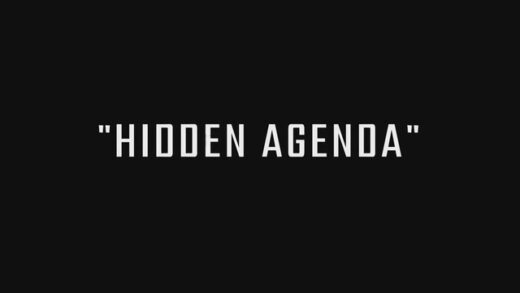 The brilliant leader of a crew of Jokerz plots revenge against Max Gibson, a fellow student who outperforms him at school. Terry’s efforts to help her are complicated by her efforts to find out the true identity of Batman, whom she is convinced is a student at school, and her erroneous conclusion that Terry is […] 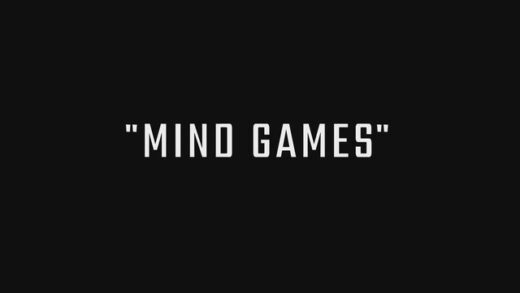 Terry has mysterious visions of a young girl asking him for help. His search for her leads him into confrontation with a group of people with incredible psychic powers known as the Brain Trust. 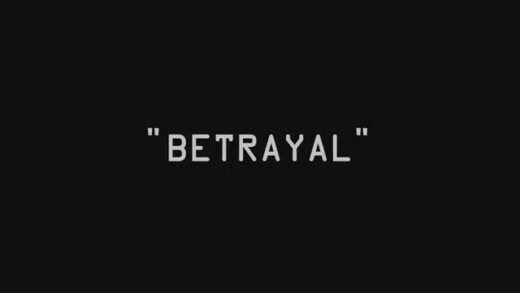 Big Time returns to Neo-Gotham, causing problems for both Batman and his alter-ego Terry McGinnis, who still feels guilty about what happened to him. 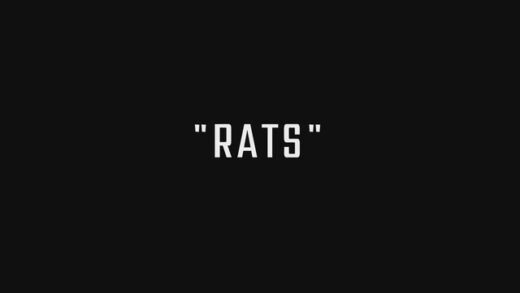 Dana, who feels she has been ignored and let down by Terry once too often, begins receiving roses from a secret admirer. When she is abducted by the mystery man, a boy named Patrick Fitz who lives in the sewers because of his rat-like appearance, Batman may be the only one who can save her. 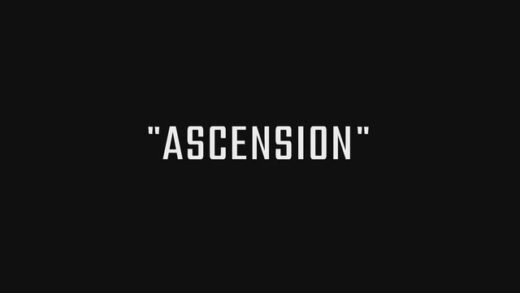 As Derek Powers’ Blight persona slowly destroys what was left of his normal life, he turns to his son for help. Paxton Powers seems willing to help Batman bring his father in but unfortunately, deception and greed run in the family.

When several Hill High students end up comatose in the hospital, Batman’s subsequent investigation leads him to the Spellbinder, who is getting teenagers addicted to virtual reality fantasies and forcing them to steal for him. 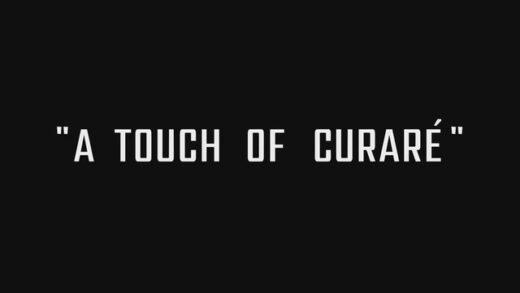 A deadly assassin named Curaré is sent after D.A. Sam Young, husband of Commissioner Barbara Gordon. Batman’s attempts to protect Young lead to conflicts with Gordon, and some surprising revelations about the past. 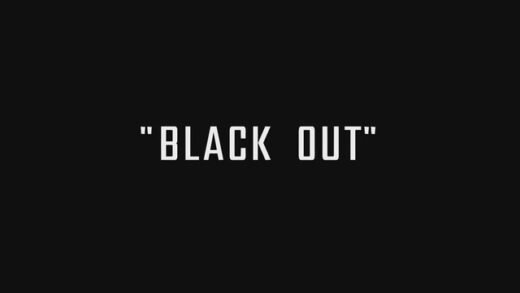 Terry, having just started to work for Bruce Wayne, faces off against Inque, a notorious shapeshifting mercenary who is sabotaging FoxTeca, a company formed by Lucius Fox’s son. 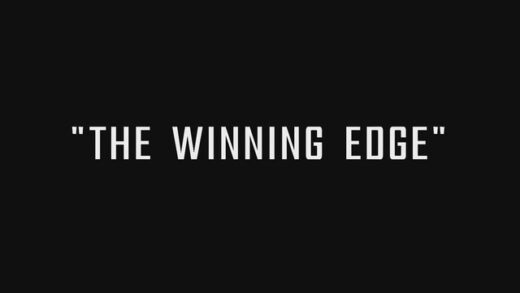 “Slappers”, illegal steroid patches containing the drug Venom, are all the rage with Hill High School’s athletes, and Bruce suspects that one of his old enemies, Bane, may have a hand in their production. However Terry finds that Bane has become a withered old man due to his constant use of the poisonous drug and […] 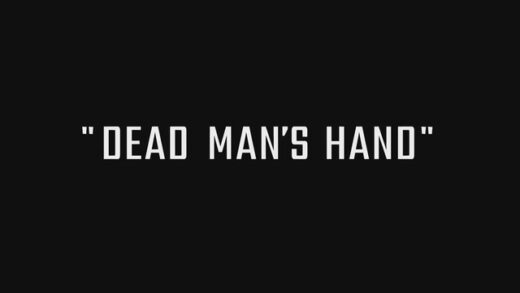 Terry must deal with both his rejection by his girlfriend, Dana, and a group of Bruce’s old enemies, the Royal Flush Gang, who pattern themselves after playing card ranks. After breakup with Dana, Terry met beautiful girl named Melanie who fell in love with him. 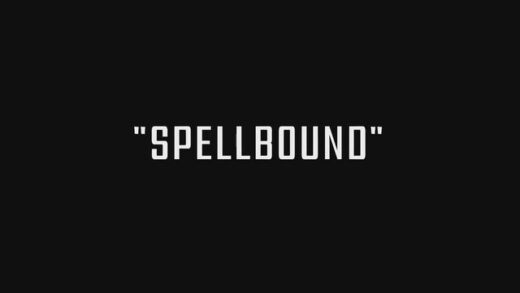 A villain known as the Spellbinder uses hypnotic technology to orchestrate a string of robberies, turning his victims into his unwitting accomplices. 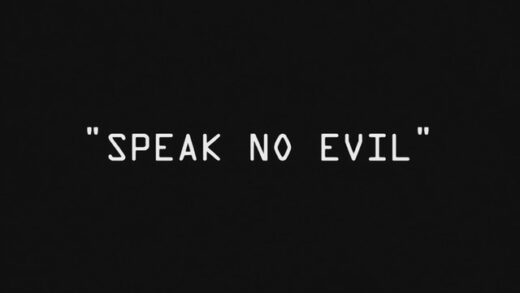 Batman reluctantly agrees to aid a genetically enhanced gorilla in finding the poacher who kidnapped his mother. 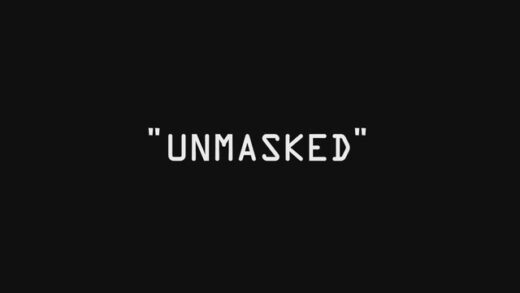 Terry recounts to Max one of his earlier adventures as Batman, during which he revealed his face to a child and inadvertently made the boy a target of KOBRA.

Wayne-Powers builds a new body for Victor Fries, better known as Batman’s opponent Mr. Freeze, in the hope that a similar treatment might reverse Derek Powers’ transformation into Blight. Seemingly cured of his need for extreme cold, Fries tries to redeem himself, but neither the former Batman, Bruce Wayne, nor his former victims completely trust […] 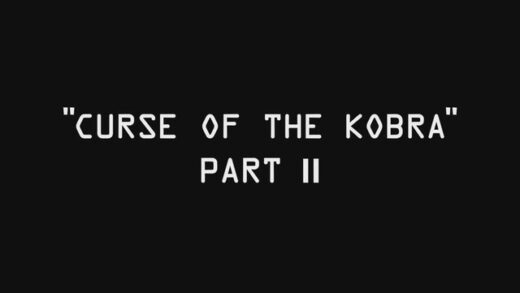 Curse of the Kobra Part 2

After the leader of KOBRA kidnaps Max to be his wife, Batman is forced not only to rescue her, but to stop KOBRA’s plot to revert the world back to when dinosaurs ruled it… with their gene-spliced dinosaur men as the dominant species. 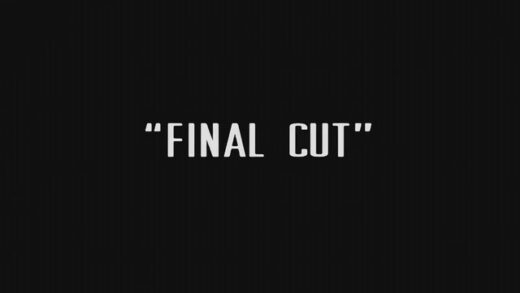 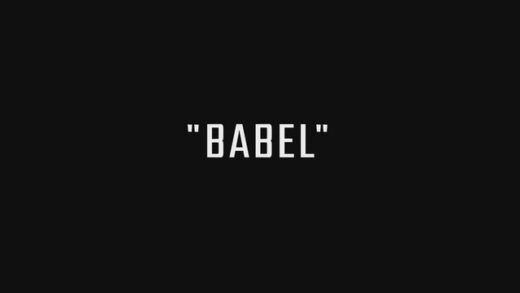 Seeking vengeance, Shriek uses his knowledge of sound to take away Neo-Gotham’s ability to verbally communicate. His price for returning things to normal is the life of Batman himself while discrediting him as a hero! 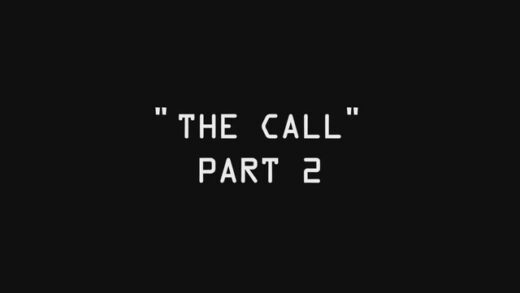 To get to the bottom of the problem facing the Justice League, Batman must face off against his own teammates—including Superman himself. He must seek the help from Bruce who knew of an old enemy of theirs, Starro the Conqueror. Though he defeats it and a grateful Superman offers him to join the Justice League, […] 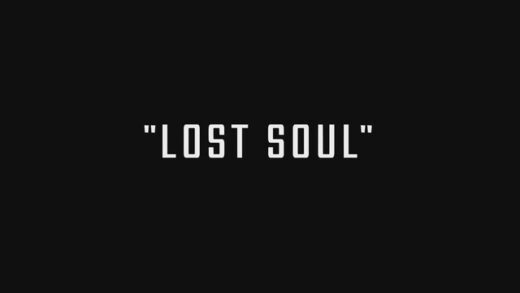 Terry must fight the Batsuit when it is taken over by the virtual soul of dead communications tycoon Robert Vance, a man who has literally become a “ghost in the machine”. Without the aid of the suit, he must save the man’s grandson from becoming a vessel for Vance’s virtual brain. 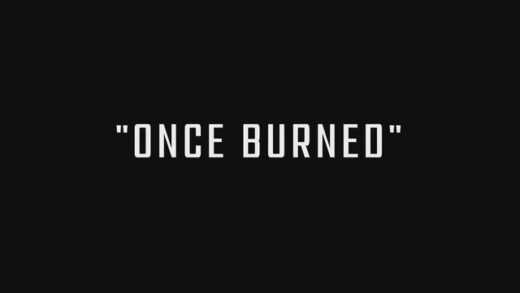 The Royal Flush Gang’s Ten returns on a mission to rescue her family, who have been captured by the Jokerz. When Melanie approaches Terry for help, he is forced to decide whether or not to put his relationship with Dana at risk, and if Batman can really trust Ten. 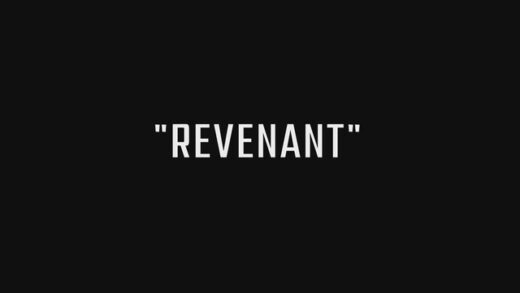 After a series of unexplained events, all the kids in Terry’s class think that the ghost of a dead student is haunting their high school. But Batman soon discovers the real cause—Willie Watt, who has developed powerful new psychic/extrasensory abilities. 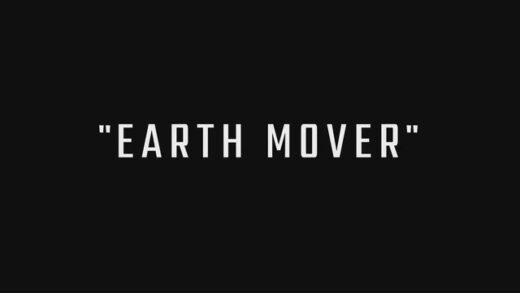 Batman gets involved when a friend of Terry’s and her adoptive father are haunted by eerie, man-shaped creatures made out of soil, and soon learns that they have a frightening connection to the girl’s biological father, who was thought to have perished in a nuclear accident. 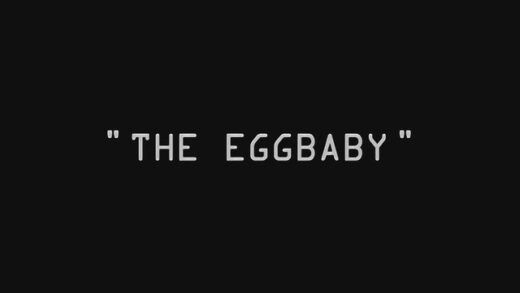 Terry is forced to take a computer-simulated “baby” with him everywhere—even as Batman—in order to make the grade in Family Studies. Meanwhile, a family of jewel thieves are plying their trade around Neo-Gotham, stealing priceless rubies. 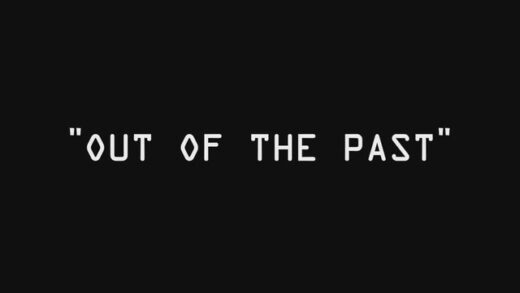 Out of the Past

Bruce Wayne’s former love, Talia, returns to offer him the chance to be eternally young. However, Bruce and Terry discover a dark secret. Decades ago, after Talia sided with Bruce against her father, Ra’s al Ghul was left mortally wounded beyond the Lazarus Pit’s ability to heal him. In order to save himself, Ra’s al […]